To give you the best possible shopping experience, we use cookies. By continuing to browse you accept our use of cookies. To find out more click here.

Helping our healthcare heroes:
An interview with Christopher Nieper

https://www.davidnieper.co.uk/blog/helping-our-healthcare-heroes
David Nieper
Made In Britain

First of all, can you tell us about what David Nieper is making?

Our first order was for 7,000 sets of scrubs. The scrubs are a basic box-shape top and trouser, which will fit both men and women. We’re eager to make a better fitting, more comfortable garment, and our design team has already made some changes. We’ve swapped the standard drawstring waist for an elasticated waist with ties, a bit like classic pyjamas, that won’t need to be adjusted throughout the day. We’ve also redesigned the pockets to make them more practical, enlarging the pocket on the top to accommodate goggles and tweaking the trouser pockets to fit hands and equipment.

We’re also making clinical hoods, which are actually an upcycling exercise. The hospitals found a fabric that is used in the delivery of surgical instruments and gave it to us. Usually, this material would have been thrown away, but we’ve cut and sewn it into hoods that will now be a vital piece of PPE in intensive care. Initially we took an order for 3,600 hoods, but by June we’d made a staggering 16,000. 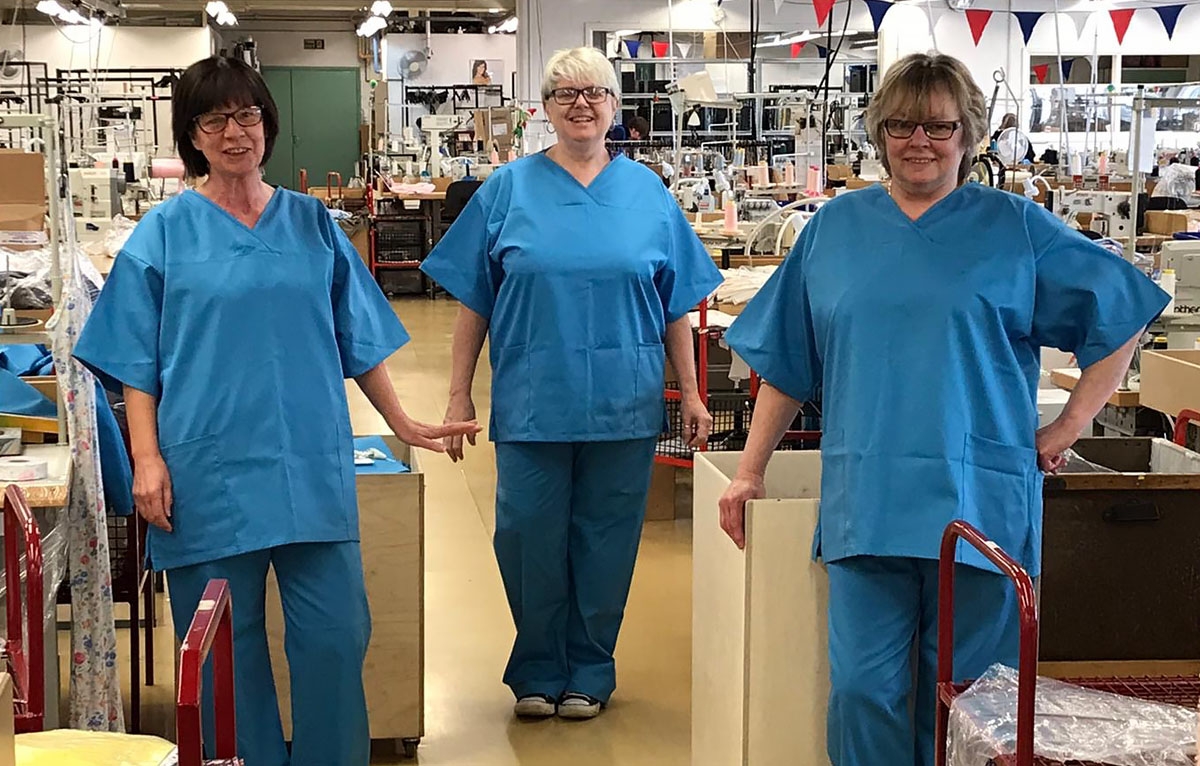 The NHS has historically only bought disposable gowns. That means they need half a million gowns a week to stay protected, in turn requiring a million metres of fabric that they’ve struggled to source.

So, we’ve used better quality fabric to create a reusable gown that can be safely washed, sterilised and re-worn 100 times or more, while still meeting European safety standards. Our design has been tested and approved, and has now gone into production; thus far, we’ve made around 2,500 gowns and are working to fulfill an order of 19,000 in total, the equivalent of almost 2,000,000 disposable gowns.

We hope our reusable design and fabric will make it easier and ultimately cheaper for hospitals to keep their staff safe – and there won’t be so many gowns going to landfill, either.

Who are you making PPE for?

As soon as we knew there was a need for PPE, we offered to help the government. We haven’t yet taken an order from the government, but now many entrepreneurial NHS Trusts and hospitals are taking PPE into their own hands. As it stands, we’re fulfilling direct orders for 10 large hospitals in Leicestershire and Derbyshire including Royal Derby Hospital, Leicester General Hospital, and Leicester Royal Infirmary. We hope to help more if possible. We’re also taking orders from dentists, care homes, and other healthcare environments.

Did you have any problems finding the fabric you need to make PPE?

Initially yes, but we’ve turned that challenge into a benefit. When we first started looking at making scrubs, we found that the usual fabric had sold out. Just like the supermarket shelves, stocks had been completely stripped. All that was left was a smaller amount – around 20,000 metres – of a better quality cloth, which was more expensive than the standard fabric. What makes it more expensive is a touch of elastane, giving it a little bit of stretch. As a result, we’ve found this fabric actually makes the garment a whole lot more comfortable, and it’s made our reusable gowns possible.

How is David Nieper uniquely placed to provide PPE?

The fact we’re a British company helps. Much of the NHS PPE is sourced from overseas, and understandably these manufacturers are now wanting to reserve what they make for domestic buyers. As a result, Britain has been standing at the end of a very long queue, which is why the government has encountered problems. Hospitals can now cut the queue and come straight to us.

We’ve been designing, cutting and sewing garments under one roof since the 1960s. The fact we’re all working in one place means that we’re rapidly able to plan, make prototypes, test, adjust and manufacture our designs in a matter of days. Also, our talented teams are used to making much more complicated clothing, so for them, garments like these are a breeze. All in all, we’re perfectly positioned to use our expertise to help our country and protect our healthcare heroes.

What else is David Nieper doing to help during the crisis?

At times like these, it’s important we help others and support our neighbours. David Nieper is based in Alfreton, Derbyshire, and we’re doing what we can to bring our local community together. We’ve just launched Spirit of Alfreton, a digital forum designed for the community, by the community that works much like a local newspaper. There’s a section for coronavirus advice so that we can all stay informed, but mostly it’s a place to share ideas, news, and activities to keep everyone happy and healthy during these unusual times. We hope it will inspire a sense of pride in our local area and ensure no one feels lonely or isolated.

What would you like to say to the David Nieper team?

Over the Easter Weekend, I joined our staff with my wife and daughters to start cutting the fabric, and there was such a strong community spirit – everyone was so positive and excited to help. Some of our staff told me that they have children working in local hospitals, and they’re glad to be able to protect those they love. So, I’d like to say a very, very big thank you to everyone involved. Ultimately, David Nieper is more than a fashion company. This is a family, and one of which I have never been prouder. 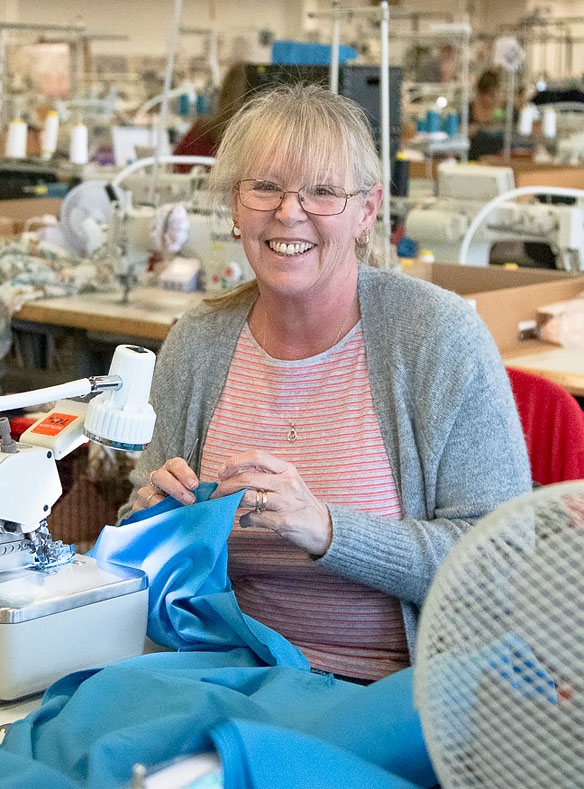 From £4.95, fully insured delivery in the UK or to anywhere in the world.

Send items back free of charge, as soon as it’s safe and advisable to do so.

We'd love to send you complimentary luxury catalogues of our latest collections.

Everything you buy is fully covered by our 100% No Quibble, Satisfaction Guarantee 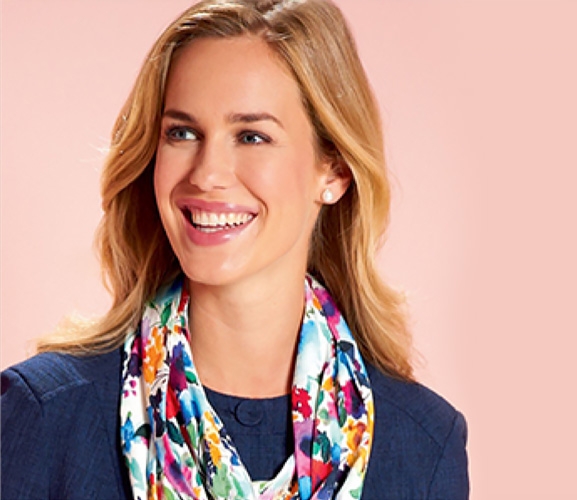 Be the first to hear about our offers, sales and news…

No thanks, continue shopping 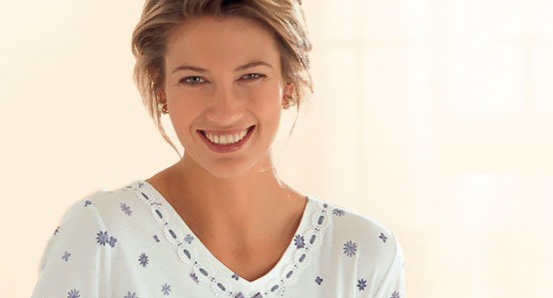 NO THANKS, JUST SEND ME EMAILS

Yes please. My address is: 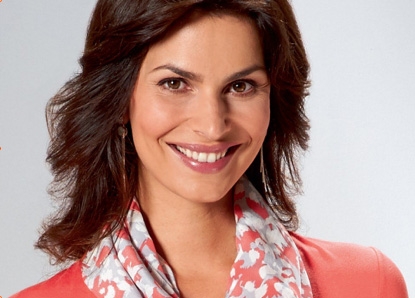 There will be lots more good things coming your way soon

Menu
Made in England